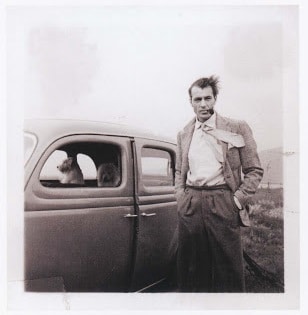 The Oscars, Scorcese-slamming, and Raspberry Squares.

I love the Oscars. But I hate the cringeworthy “In Memoriam” segment. So incredibly awkward when certain photos evoke total silence from the audience.

Sorry, Ernest Borgnine. Ya reap what ya sow.

Counting the hours ‘til the curtain: Do not judge me! ‘Tis my Super Bowl!

I come by my passion honestly. When I was growing up we had a ball watching them, myself and my mother and my sisters all together. Mom would let us stay up right to the end, as long as we didn’t make a fuss getting up for school the next morning. We were quite happy with that trade off. Mom would make these insanely good jam squares of hers and we’d have pot after pot of tea. I provided colour commentary throughout, more knowledgeably as the years progressed… Who was squiring who (whom?) What were their movies? When were they last nominated? Who was wearing who? (Just try and stop me.) My kingdom for a Photoplay!

The next morning I replayed the whole thing in a montage for my classmates. The early-to-bed brigade who didn’t have nearly as cool a mother as I did.

On to this year’s contenders…

I not so humbly offer the following: actively avoid “The Wolf of Wall Street,” if it’s not too late.

For me it was entirely derivative, shamelessly so. Scorsese disappointed me, and this is from a huge fan. (Raging Bull and Casino are in my top ranks.) It was Good Fellas unabashedly revisited, but across the river and with higher rents: the ongoing self-satisfied narrative, the occasional conspiratorial glance at the camera by Di Caprio, the ever-tracking frenetic camera, the overheads,  the omnipresent feeling of someone out of breath; a train at top speed without brakes, like that ridiculously entertaining movie I may have watched three, ok, four times.

The strange thing is that I became nauseated by all the excess, like when you eat the caramels out of the pot instead of waiting to coat the apples.  Inured to the debauchery as ‘twere. And it sank to parody I felt; The palsied Di Caprio crawling to the car. (And who amongst us, kind sir, has not?) That said, he was wonderful in the part of Belfort. (I see Belfort actually did 22 months for money laundering, which I did not know.)

Thought Matthew McConaghey could not possibly top his turn in HBO’s “True Detective.” He is transcendent in the lead role. Wrong. He does just that, in Dallas Buyers Club.  I’m for him for the win on Monday. Although Christian Bale in American Hustle was sensational. That opening five minute scene where he painstakingly configures his hairpiece in front of the mirror is a master class in itself.

The whole Woody Allen thing could be hard to watch, if in fact he shows up. (Rumor has it he’ll be a no-show.) The whole art vs. artist debate is a thorny one, is it not? If we held artists’ morality up to the light we may never want to look at a piece of art again. Consider Picasso alone, that raging misogynist. Vermeer. Rodin. And of course  Carrot Top. Don’t even get me started on Gallagher.