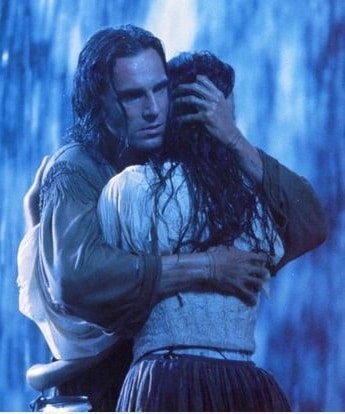 The most romantic lines in movies. Ever.

In “Pride And Prejudice” when Darcy (Matthew MacFadyen) says to Elizabeth (Keira Knightley): “…If, however, your feelings have changed, I will have to tell you: you have bewitched me, body and soul, and I love … I love … I love you. I never wish to be parted from you from this day on.”

In “An Affair to Remember” when Terry McKay (Deborah Kerr) says to Nicky Ferranti (Cary Grant): “Oh, it’s nobody’s fault but my own! I was looking up… it was the nearest thing to heaven! You were there…”

In “Notting Hill” when Anna (Julia Roberts) says to William (Hugh Grant): “Don’t forget I’m just a girl, standing in front of a boy, asking him to love her.”

In “As Good As It Gets“ when Melvin (Jack Nicholson) says to Carol (Helen Hunt): “I might be the only one who appreciates how amazing you are in every single thing that you do, and … I watch them, wondering how they can watch you bring their food, and clear their tables and never get that they just met the greatest woman alive. And the fact that I get it makes me feel good, about me.”

In “Say Anything” when Lloyd (John Cusack) says to his girlfriend Diane’s (Ione Skye) dad (John Mahoney):“What I really want to do with my life — what I want to do for a living — is I want to be with your daughter. I’m good at it.”

In “On Golden Pond” when Ethel (Katharine Hepburn) says to Norman (Henry Fonda): “Listen to me, mister. You’re my knight in shining armor. Don’t forget it.”

In “Sleepless in Seattle” when Sam (Tom Hanks) says: “It was a million tiny little things that, when you added them all up, they meant we were supposed to be together … and I knew it. I knew it the very first time I touched her. It was like coming home. .. only to no home I’d ever known … I was just taking her hand to help her out of a car and I knew. It was like … magic.”

In “Always,” when the ghost of Richard Dreyfuss’ character sees his love (Holly Hunter’s character) again, he says to her:  ”I miss you. I miss you like it was a thousand years.”

In “The Wedding Date” when Dermot Mulroney’s character says to Debra Messing’s character: “I think I loved you even before I met you.”

In “An Affair to Remember when Terry McKay (Deborah Kerr) says to Cary Grant:

“Oh, it’s nobody’s fault but my own! I was looking up… it was the nearest thing to heaven! You were there…”

In “Rich Man, Poor Man,” when Nick Nolte’s character says to Kay Lenz’ character: “Every time we make love I forget one more bad thing that’s happened to me.”

In “Love Actually” when Mark (Andrew Lincoln) says to Juliet (Keira Knightley): “But for now, let me say — without hope or agenda, just because it’s Christmas and at Christmas you tell the truth — to me, you are perfect. And my wasted heart will love you. Until you look like this [picture of a mummy]. Merry Christmas.”

In “Forest Gump” when Forrest says to Robin Wright’s character: “I may not be smart. But I know what love is.”

In “Gable and Lombard” when Jill Clayburgh as Lombard said to James Brolin’s Gable: “I just want to curl up in your pocket and stay there forever.”

Nuff said? See you at a matinee.

PrevPreviousThe Oscars, Scorcese-slamming, and Raspberry Squares.
NextAnd in the end all that is really left is a feelingNext

Comments are closed for this article!