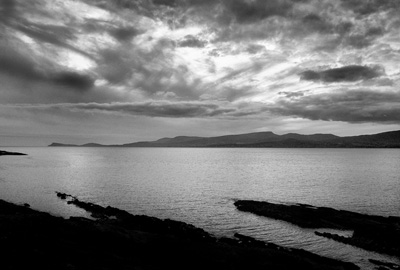 Above the Middle West, truth and beauty
are one though never meant to be.

No perhaps or possiblys … no qualifiers at all …  Philip Levine remains my favourite living poet. He sets an impossibly high bar but we learn most from the very best; I am astonished by his talent.

In this magical one to his mother, “Ode for Mrs. William Settle,” he blesses her for giving him more than he gave her.

In Lake Forest, a suburb of Chicago,
a woman sits at her desk to write
me a letter. She holds a photograph
of me up to the light, one taken
17 years ago in a high school class
in Providence. She sighs, and the sigh
smells of mouthwash and tobacco.
If she were writing by candlelight
she would now be in the dark, for
a living flame would refuse to be fed
by such pure exhaustion. Actually
she is in the dark, for the man she’s about to address in her odd prose had a life span of one 125th of a second
in the eye of a Nikon, and then he
politely asked the photographer to
get lost, whispering the request so as
not to offend the teacher presiding. Those students are now in their thirties,
the Episcopal girls in their plaid skirts
and bright crested blazers have gone
unprepared, though French-speaking, into
a world of liars, pimps, and brokers.
2.7% have died by their own hands,
and all the others have considered
the act at least once. Not one now
remembers my name, not one recalls
the reading I gave of César Vallejo’s
great “memoriam” to his brother Miguel,
not even the girl who sobbed and
had to be escorted to the school nurse,
calmed, and sent home in a cab. Evenings
in Lake Forest in mid-December drop
suddenly; one moment the distant sky
is a great purple canvas, and then it’s
gone, and no stars emerge; however,
not the least hint of the stockyards
or slaughterhouses is allowed to drift
out to the suburbs, so it’s a deathless
darkness with no more perfume than
cellophane. “Our souls are mingling
now somewhere in the open spaces
between Illinois and you,” she writes.
When I read the letter, two weeks
from now, forwarded by my publisher,
I will suddenly discover a truth
of our lives on earth, and I’ll bless
Mrs. William Settle of Lake Forest
for giving me more than I gave
her, for addressing me as Mr. Levine,
the name my father bore, a name
a man could take with courage
and pride into the empire of death.
I’ll read even unto the second page,
unstartled by the phrase “By now
you must have guessed, I am
a dancer.” Soon snow will fall
on the Tudor houses of the suburbs,
turning the elegant parked sedans
into anonymous mounds; the winds
will sweep in over the Rockies
and across the great freezing plains
where America first died, winds
so fierce boys and men turn their backs
to them and simply weep, and yet
in all that air the soul of Mrs. William
Settle will not release me, not even
for one second. Male and female,
aged and middle-aged, we ride it out
blown eastward toward our origins,
one impure being become wind. Above
the Middle West, truth and beauty
are one though never meant to be.