I hadn’t planned to stop in my home town. But my car’s air conditioning was on the fritz and I’d been on the road for several hours. The mechanic at the last gas station said I was low on Freon and would have to wait several hours before he could get to it. When I saw the exit sign for Elmwood in the distance, sweat was already trickling down my back. I desperately needed something cold to drink and figured this was as good a place to stop as any.

I looked at the clock on my dash. It was only 11 a.m. I still had plenty of time to get to Ottawa and check in to a hotel. The planning conference didn’t start until the next morning.

I knew this town inside and out. I had roller-skated down its hills, chased bats in its alleyways at dusk, and knew the best shortcuts to get anywhere. I waited for a light to change and turned onto the main street, driving slowly. Nothing much had changed in the fifteen years since I’d left. The front window of Bellamy’s Department Store was still stocked with too much merchandise. I looked at the goods and laughed: Bellamy’s was the only hardware store in the world that displayed fan belts like they were works of art. Beside Bellamy’s was the door leading to the upstairs apartment where I’d grown up. The front door still looked like it needed a paint job. For years Mr. Bellamy gave me three dollars every week for washing those two grimy flights of stairs. The money helped my mom out and she let me keep half.  Two  doors down was the pristine little Laura Secord Shoppe that seemed straight out of a storybook, the leaded windowpanes still bordered in black.. I had stood salivating at is windows as a child, dreaming of the chocolates I’d buy if I could. I wondered if the manager was still alive. She was a dear old woman who loved children and always gave us little treats when we stopped in to visit. When my brother, Tom, was born, she’d given me a huge box of chocolate-covered almonds wrapped in silver paper to take to my mother. “Now I’ll ask your mother when I see her if she enjoyed these,” she said to me as she handed me the candies over the counter, confounding any thoughts I’d had of absconding with the treasure.

As I drove further along the main street, I saw that some of the store fronts had changed. The variety store where I had bought Belvedere cigarettes and Drene Shampoo for my mother was now a trust company. The Corner Cupboard Bakery was still there but the sign out front now read “The Cake Master,” and had a long bar where people sat sipping coffee. Something was missing from the downtown and I realized it was the iron horse’s heads which used to stand stalwart along the curbs on the ends of waist-high poles, wrungs hanging from their mouths, their nostrils flaring.

After my father left us, I ran all of my mother’s errands for her. I had learned where to buy the best cuts of meat, day-old bread and buns for a nickel, and how to count change. The little money my father sent us, when he did get around to it, was barely enough to cover expenses. When I got home from school I babysat my little brother Tom while my mother went off to her job at a dry cleaning store.

Tom left Edenville shortly after my mother died. He saw a picture of the ocean oncea nd felt Vancouver was a pcale for freshs tarts. He was managing a stereo store these days. I’d get pictures in the mail of his two little girls from time to time. In every letter he complained that I never came to visit. “You have two nieces you haven’t even seen,” he scolded. It seemed that every time I planned to go, something came up. The last time I saw Tom was six years ago at his wedding. He and Jeanette were married outdoors on Vancouver Island in the middle of summer. The first thing his bride said to me when Tom us was, “Thank you for taking such good care of your brother.”

I steered the car down toward Ferris Bay which skirted the town. Boats of all sizes lined the dock and hordes of people were milling around. A huge sign hung out over the water, announcing “Archer’s Marina: The Great Lakes Finest.” I parked the car, got out and walked toward the dock. The craggy rocks which had once covered the shoreline were gone. In their place was carefully tended parkland dotted with compulsively neat beds of yellow marigolds.

The waterfront was always my favourite place in summer. My mother had every second Saturday off which meant I had the day all to myself, no errands or stairs to wash. I’d swim off the end with the boys who dived in with their blue jeans and t-shirts on. They’d lie on the concrete drying off, smoking cigarettes and talking in their own language. They drank beer and blared their transistor radios.

I was the only girl who swam off the dock. The others were too scared. The water was very deep and ice cold even in summer. Waves hit the steep cement sides of the dock and caused an upwash. There was no ladder so to get back up out of the water you had to grab one of the boat rungs and have someone hoist you up.

The boys didn’t seem to mind me joining them. We’d race out to the buoys and back, and held contests to see who could swim underneath the dock and find the air hole underneath. You had to dive very carefully or else you’d run out of air before finding it. There was just enough space for your head. It was pitch black and smelled of seaweed and motor oil. The only sound was the water as it was sucked in and out between the pilings. I loved it down there. I’d stay until my limbs were numb.

We played a game where we’d lean out over the water to try and catch sight of the time on the clock tower at the top of the hill. The trick was to catch sight of the time while standing on the dock and streching your body out over the water. The tallest boys always won. I was too small and fell in to the water every time. One older boy named Gerard used to howl with laughter at my gumption. “You’re the only girl I know who can take it on the chin,” he told me.

my love of the water it is one thing I can ta=hank my fathe rfor. He left when I was nine but by then had already taught my how to duck dive, jack-knife, and cannonball. He had swam competitively as a boy in Britain and had never lost his passion for the water. He’d tread water and watch me practice endless dives off the dock. “Straighten those legs, Les,” he’d shout at me from the water. “Think of your body as a long, steel arrow.” I’d dive until my legs ached, to please him.

Every day in summer I’d wait for him on the dock until his shift at the mill ended. I’d hear the siren go off across the lake and I eventually catch sight of him heading toward me around the shoreline. He’d peel off his grimy shirt, run the full length of the dock, and slice the water with a perfect dive.

One afternoon I was having trouble mastering the swan dive but was determined to succeed just to please him. He’d been coaching me for several hours. The light was beginning to fade and it was time to go. “That’s enough for today,” he said. “Tomorrow after work we’ll try again.”

“Let’s just try two more, Dad,” I pleaded. “I want you to be proud of me.” My face went hot with embarrassment.

He cupped my little face in his hands and said softly, “I am, Leslie. I want you to be proud of yourself.”

Swimming was my father’s salvation. He hated his job at the steel mill but it was the only one he could get when my mother and him came here from Wales. His work there left his hands so dirty eventually nothing would get them clean. It embarrassed him so much I figure that’s why he kept them in his pockets a lot of the time. I’d hear him talking to my mother about changing jobs but it was a very small town and no other work paid as well.

They’d been sweethearts growing up in Wales. My mother said my father was the most handsome man in all of Gwent County. After they married they left everything they knew and came to Canada so their kids would have a better chance at life than they had.

It was on a bitterly cold day in January when my father left us. When I got home from school, my mother was sitting in the kitchen with Tom on her lap.

“Leslie,” she said, “this will be the hardest thing you ever have to hear.” She told me my dad had gone to live with his sister in Chicago, that we would have to manage on our own now. “Your father loves you,” she said in her soft Welsh lilt. “Do not be thinking this has anything to do with you, my love.” I now realize the strength it took for my mother to survive those years.  I never appreciated it then: I thought it was simply her fault that he had left.

“If you’d been nicer to him, if you hadn’t yelled at him so much, he would have stayed,” I would tell her in anger.

I rarely swim these days. The city pools are stocked with too much chlorine and it stings my eyes. The last time I saw him was on Tom’s tenth birthday. Tom and me were so excited about him coming we didn’t sleep a wink for three nights straight.

My aunt wrote to us over the years .I had stopped romanticizing him years before and had come to see him for what he was, a selfish man scared to death of boredom.

It was time to go. If I rushed, I’d make it to Ottawa on time. Before leaving, I tried the clock game once more. I leaned my body slightly over the water and easily spied the town clock, still making perfect time.

I had grown. It was easier now. 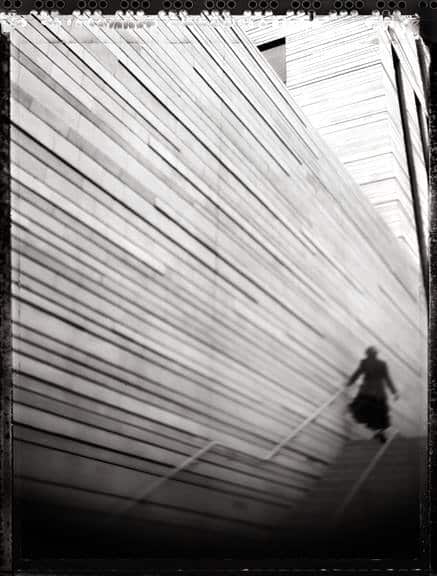 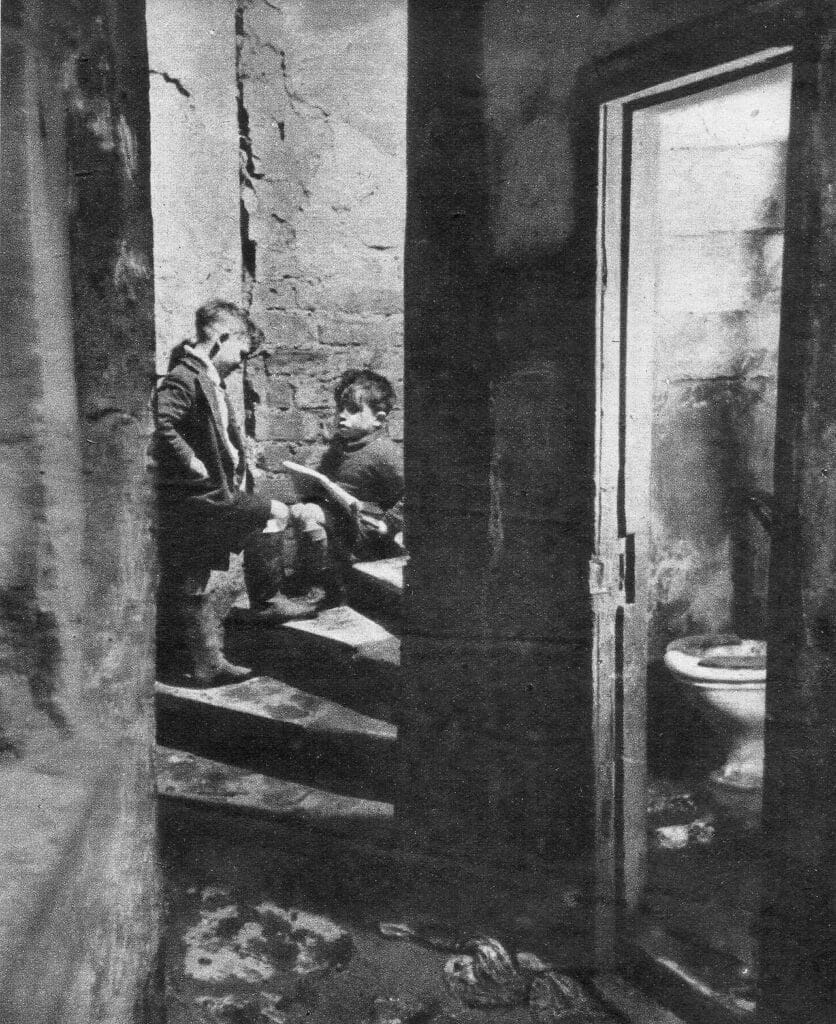