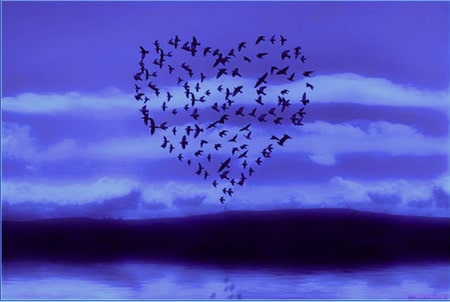 How will we be remembered? By our grand strokes? Perhaps. But what will surely commemorate us are the little unexpected kindnesses we bestow on others.

I remember as a child of eight going camping with the White family. Mr. and Mrs. White were friends of my parents and I had come to know their two children. I had never experienced the outdoor life before: this was truly an adventure. We sat around a bonfire that first night, and I was bewitched. I lived in an apartment above a hardware store: The only fires I’d seen were in incinerators. After a singsong and marshmallow roast we headed inside the cavernous tent, crawled into our sleeping bags and drifted off.

I awoke in the early hours to discover the worst had happened, the singular thing I lived in abject fear of throughout my childhood. I had, quite simply, wet my sleeping bag. Not only wet it: soaked it through and through. Think garden hose. Think Victoria Falls.

There are few things more desolate to a little girl than lying fully awake in the dark, in the tent of relative strangers, her sleeping bag sodden, scared to move a muscle in case someone might suspect.

An inveterate bed-wetter as a child, I can still remember how torn I was when asked by friends for sleepovers. Should I, shouldn’t I? Would this be the night the floodgates let loose on a friend’s unsuspecting 900-count bed linens? How could I face them afterwards? And what if they talked?

Come to think of it I don’t quite know why I ended up on this camping trip, except that I decided to laugh at danger and simply let the chips fall.

It will never be a cake walk but I’m happy to see it’s a trifle easier for bed wetters now: Kids today can rely on trusty “pull-ups,” with saturation levels akin to the Hoover Dam. This is a product I would have gladly sold my next of kin down the river for. TV commercials for these thirsty little catcher’s mitts show children falling asleep with huge vacant grins, and no wonder. They’re free of the enormous burden of shame and fear that I and so many other kids had to live with.

As I waited for dawn to arrive, I listened to the forest sounds about me, trying to figure a way out of my dilemma with some shred of dignity intact. Everyone would know, I thought. And I had worked so hard at seeming grown up around the two older children. When my tent-mates finally began to stir I feigned sleep, feeling foolish and overwhelmingly homesick, wishing I could be transported to a parallel universe. I considered several options, a couple even within the realm of possibility. I thought about rolling the bag up and running with it headlong into the forest behind the campsite, shrieking, claiming that a large unidentifiable rodent had crawled inside the bag overnight. I considered disposing of the evidence in the nearby incinerator and setting it alight. Alas, these were problematic solutions at best. Resigned, I wearily awaited my doom.

It seemed like forever as I waited for the family to fire up the frying pans and eat their breakfast. At this point the temperature inside my sodden enclosure had dropped to sub-zero temperatures, and along with it the appeal of camping forever more.

Mrs. White’s daughter poked her head in the tent suddenly and asked if I wanted to go for a bike ride with her, her brother and her dad. From the confines of my cocoon I begged off, claiming a tummy upset. “Maybe I’ll be okay later,” I said, trying to sound buoyant.

Once they’d left I unzipped myself from the crime scene, got dressed, stashed the bedding, and went out to meet my fate. Mrs. White was clearing the breakfast table. I approached her cautiously: I had no idea what to expect. She turned toward me, obviously happy to see that I had finally surfaced.

“Good morning dear,” she chirped, warmly. “How are you feeling?”

“I’ve had an accident,” I blurted out, trying not to cry.

“My sleeping bag: I’m sure I’ve ruined it,” I squeaked, finally unable to hold back my tears.

“Not to worry, lassie,” she said, without missing a beat, squeezing me tighter. “It’s past time they all had a good cleaning anyway. Let’s bring them all out and give them a good scrub.”

I was only too happy to help. I broke a land speed record in the next few minutes, gathering up all the bedding, including my own slightly weightier bag, and piling them out of doors. By the time the others had returned from their outing all five of our sleeping bags were blowing in a stiff breeze on a wash line behind the tent. Mine looked no different than the others: I was exultant. That night when I crawled into the now-pristine sleeping bag I discovered that inside was a thick plastic sheet atop a cotton one. The next morning and for the three following it I was dry as a bone upon waking. Mrs. White never mentioned the incident again.

As I write this I can’t recall exactly what Mrs. White looked like or whether I ever saw her again, but I will never forget her compassion that sun-drenched summer morning.

By one small exquisite act of kindness that summer morning, she made it possible for me to go on.